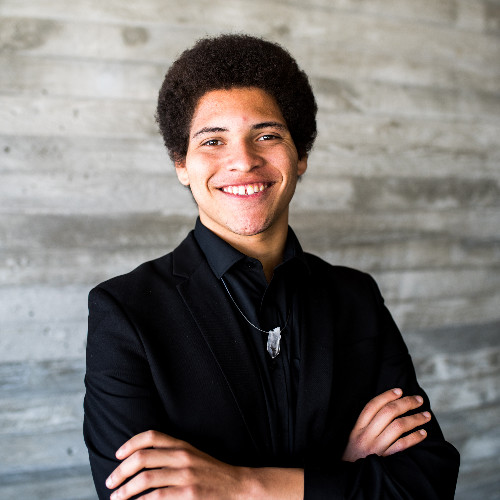 This October Kaylo Littlejohn will run 238.3 consecutive miles through the deserts, canyons, and mountain ranges of Moab, Utah in the longest trail race in the United States. This event will take 3-4 days of continuous running and will consist of a total elevation gain greater than that of Mount Everest. Kaylo’s run is dedicated to FNE International, a charity which builds homes for families in Nicaragua. Every $2450 raised allows for the full construction of a new home and helps people live lives with the proper shelter and living spaces that they deserve.

If this peaks your interest, please share this with your friends!

Who is Kaylo?
Kaylo Littlejohn is a 21-year-old Columbia University student, ultra-endurance athlete, and electrical engineer. Kaylo is originally from Camden, Maine and currently spends his time living between NYC and Boston. He is an African American entrepreneur, health enthusiast, and leader among his family and community.

What is he doing?
Kaylo will run 238.3 miles nonstop through the deserts in Moab, Utah on October 12th in a race known as the Moab 240. Located far from any major city, the course winds its way through two mountain ranges, canyons, and slide rock. Kaylo will be running a total of 29,467’ of elevation, which is greater than the height of Mount Everest. Temperatures have been known to rise into the high 90s during the day and dip into the single digits at night. The course has an extremely challenging terrain and involves staying awake for several days straight at altitudes up to 10,582’.

Woah, why?
Kaylo feels that as citizens of developed nations, we have an obligation to help those in less fortunate situations. We all have our problems, but there are those out there that have them to a much greater extent than most of us will ever experience living in a first world nation. Kaylo feels that by pushing his body to the absolute limit, others may be inspired to rise up and see how they too can help out in whatever capacity they can to create a world where all human beings have the dignity, respect, and self-worth that they deserve.

Why FNE International?
Kaylo took his time vetting organizations and after speaking with several of his finalists chose FNE International. FNEI has been working in Nicaragua for more than 20 years. Their work is community driven with strong on-the-ground leadership and a focus on sustainability. FNEI focuses on impacting as many people as possible and strives to break the cycles of poverty in Nicaragua.

Where the donations go?
Nicaragua has been in a state of turmoil caused by civil unrest since mid-April. As a result, FNE International has only been able to host one of 12 of its scheduled groups over the past 3 and a half months. While the organization has worked hard to change the manner in which they fundraise their ability to sustain their housing program has been impacted as they have had to focus their fundraising efforts on maintaining their staff and direct aid programs such as education. Kaylo hopes to build four houses for needy families on the FNE waiting list.

Additionally, Kaylo’s fundraising will be earmarked for the development of school nutrition programs as the organization revamps its farm/comedor escolar program in collaboration with its local partner San Isidro. Not only ensuring kids receive one meal a day but ensuring that that meal has as much nutritional value as possible is critical in giving children every opportunity to grow and learn in rural Nicaragua.